Whether they know it or not, almost everyone has seen Monument Valley. Being one of the most photographed places on Earth and a filming location for numerous Hollywood movies, Monument Valley is undoubtedly the definitive icon of the American Southwest.

Called Tsé Bii’ Ndzisgaii (Valley of the Rocks), Monument Valley Navajo Tribal Park covers 91,696 acres and is contained entirely within the Navajo Nation Reservation in Utah. Millions of years of wind and water have magically eroded the Colorado Plateau to reveal magnificent rock formations with some up to 1,000 feet high. Iron oxide gives the valley its reddish hue while manganese oxide paints blackish blue streaks on the sandstone buttes. 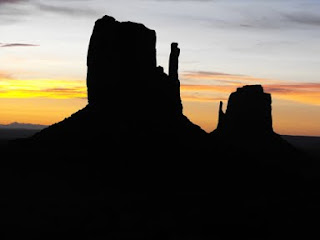 I had the pleasure of visiting Monument Valley with Adventure Bus as part of their Best of the National Parks tour in 2008. We awoke to the smell of brewing coffee and a majestic sunrise as the sunlight and shadows played on the landscape. After a hearty breakfast, we took a Navajo guided tour to see their sacred land up close. Our guide showed us the unique formations, petroglyphs and other areas not accessible to the general public. While walking in this enchanting place, we heard the mythological stories of their people, learned how certain formations were named and the significance they have on the Navajo religion and culture. 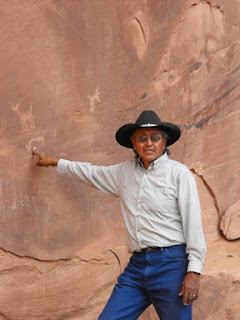 We explored the same breathtaking scenery where 16 major Hollywood movies, numerous commercials, album covers, music videos and even video games have utilized because of its natural beauty and vastness. The first movie ever filmed here was 1939’s “Stagecoach” featuring John Wayne. Director John Ford returned to film six more movies here and there is even a viewpoint in the valley called John Ford’s Point. Another impressive formation is named John Wayne’s Boot which we saw on our tour through the Valley along with distinctive Mittens, Merrick Butte, the Three Sisters and many others. 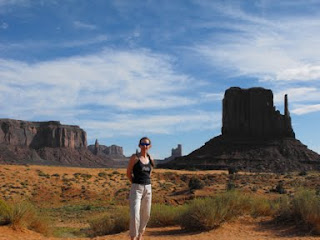 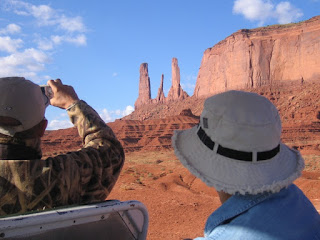 Although it was not completed when I visited with Adventure Bus, The View Hotel opened in the winter of 2008 and blends nicely into the landscape. The Trading Post has been expanded and offers a large selection of traditional and contemporary unique hand-made Native crafts for sale including jewelry, baskets and rugs. You can even find, like I did, a scorpion embedded in lucite, ocarinas (a small flute-like wind instrument) and even stills from movies that were filmed in the park. Also new is a small museum in the visitor’s center which features explanations on some of the Navajo cultural beliefs and an impressive exhibit on the World War II Code Talkers. 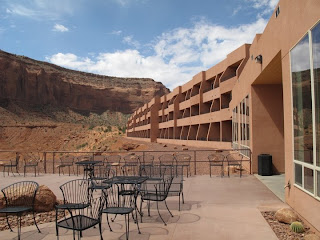 When you visit Monument Valley with Adventure Bus, you get to see areas of the park that most visitors will only see in the movies!

Explore Monument Valley of our Grand Canyon and the Wild West, Best of the National Parks and Trail of the Ancients tours.